Developing countries, especially those in Africa took debt to finance their development plans. Debt by itself is not bad because it can be used to invest in different economic  sectors such as infrastructure projects roads, railways, dams, energy projects thereby  raising the output of the economy. However, when debt is taken and given without considering the economic capacity, national legislation requirements, transparency and accountability mechanisms of the debtor countries, it become a problem.

Developing countries debt crisis history of the 1970s and 1980s is a good reminder why prudent debt contracting and lending are important.  The international counmmity then led  by the International Monetary Fund (IMF) and the World Bank (WB) launched two main multilateral debt relief initiatives, the Heavily Indebted Poor Countries (HIPC) Initiative and the Multilateral Debt Relief Initiative (MDRI). HIPC was launched in 1996, enhanced in 1999, it was comprehensively reviewed, criteria were changed, and debt relief was linked to poverty reduction.

managed to reduce debt burdens of the most heavily indebted poor countries then to a level deemed “sustainable”. Over 40 percent of HIPC/MDRI beneficiary countries are currently in debt distress or at high risk of debt distress. Unfortunately, as successful and important as HIPC and MDRI were, we now realize that those solutions were not enough to entirely address the debt problem of poor countries. Despite the relief,  today, many poor countries have slided back into NEW Debt Crisis due to different reasons.

Reasons why the debt has increased so much.

Despite the high risk, developing countries continue to borrow. In the past, official creditors  were primarily the rich Western countries and multilateral institutions such as the World Bank (WB) and the International Monetary Fund (IMF).  However, in the contemporary setting, countries now owe money to a broader range of creditors which now include China, India, Turkey and multilateral institutions like the African Export-Import Bank and the African Development Bank (AfDB). Between 2019 and 2021, in the Sub-Saharan African (SSA) region, public debt increased from a pre-pandemic level of 51% of the Gross Domestic Product (GDP) to a pandemic-era of 61% of GDP. The debt situation in most developing countries has been exacerbated by the war between Russia and Ukraine. The triple effect of high rising interest rates, rising food and fuel prices and the COVID-19 aftermath, has squeezed government budgets, thus pushing countries into debt.

The main drivers of the debt sustainability deterioration in poor countries of Africa, Asia and Latin America are both external and internal. They include the following:

What are the strategies of the indebted countries to reduce the debt?

Global South citizens note with grave concern the risk of seeing another debt crisis such as that which unfolded in the late 1980s and 1990s, in many developing countries. Debtor governments must learn from the mistakes of the past. Indebted countries governments need to understand the international context in terms of borrowing and the political economy affecting their debt decisions. The best strategy is for poor countries to expand their fiscal space. Traditional sources of development finance such as foreign direct investment (FDI) and official development assistance (ODA) are unreliability and inadequate.

Indebted countries need to attract new and innovative sources and mechanisms of finance such as remittances, savings from the curtailment of  illicit financial flows (IFFs),  diaspora funds, and better negotiated mineral contracts. These innovative sources of  finance if  they are properly leveraged, they would considerably reduce dependence on external resources. Governments must invest enough to improve domestic resource mobilization strategies and policies.

Internally indebted countries governments need to work with their parliaments to strengthen national legal frameworks to ensure transparency and accountability for sovereign debts negotiations, borrowing and management as espoused in the African Borrowing Charter.

Governments need to work torwards greater transparency and accountability in debt contraction and management processes.  Debts are not achieving their intended purposes in certain cases. There is increasing corrupt practices in the implementation of debt related funds, and this creates burden to future generations. Debt information transparency and accessibility allows citizens to subject lending and borrowing to more scrutiny. Information on loans to governments, or with a government guarantee, needs to be disclosed in one publicly accessible registry, within 30 days of contracts having been signed. Production of regular comprehensive debt reports must be done. There should be no room for hidden debts as was the case in Mozambique Hidden Case.

In majority of indebted countries oversight bodies, such as parliaments, law enforcement agencies, auditor general, judiciary and financial intelligence units are not doing a proper job due to various reasons. Among them are weak capacities, their legal roles deliberately circumvented and some have been politically captured.

Governments must implement sustainable fiscal frameworks designed to contain wasteful expenditure and reduce the budget deficit and growing indebtedness, even if it means scaling down on infrastructure development projects. Mega infrastructure projects rely on debt financing and have extremely long periods of return on investment. Implementing legally binding fiscal/debt rules to guide when and how much to borrow is key for debt management. These rules must have punitive measures for any breaches. A good example is the Mozambique Hidden Debts case, where a resolution was made to the effect that debts that are accumulated by the government or by politicians in ways that are hidden or not within the law should not be paid back. There is need to strengthen the relationship between borrowers and the lenders. Lenders should lend responsibly and not take advantage of weak infrastructure and weak laws to exploit in debtor countries.

What are the strategies of the creditors?

After the outbreak of the global COVID-19 health pandemic, the international community, mainly the G7, G20, IMF and World Bank supported requests for emergency financial support,  debt relief, debt service suspension, and debt cancellation to free up fiscal space and allow countries to deal with the fight against COVID 19 and its economic and social impacts.

In August 2021 the IMF  issued $650 billion in SDRs to its membership. The SDRs provided a relief to indebted  countries to repay their debts, purchase much-needed imports such as vaccines and other medical equipment, and manage the economic shock of COVID-19. The IMF must consider another bigger issuance, to enable poor countries recovery faster from the impacts of COVID-19 and the spill-over effects of the Ukraine-Russia conflict and an ever-deepening climate emergency.

The G20 introduced the Common Framework for Debt Treatments Beyond the DSSI (Common Framework) which aims to provide wider debt relief to countries that request it across their external bilateral and private debt. There is lack of decisive political action to address inefficiencies in the resolution of debt crises by the G7, despite poor countries facing  challenging debt vulnerabilities and fiscal conditions accelerated by the Covid-19 pandemic, Ukraine-Russia War, and climate change.

There has been lack of progress in the implementation of Common Framework because it does not enforce private creditor participation.  As per the rules of the Common Framework, “a debt restructuring can only go ahead if a borrowing government is able to reach a comparable agreement with both bilateral and commercial creditors, meaning that the refusal of private creditors to play ball can derail the whole process”.

In a letter to the G7 finance ministries under the German G7 presidency, Global Debt civil society organisations raised that “while one of the priorities of the G7’s Finance Track under German presidency is achieving sustainable debt treatments for debt-vulnerable countries and improving the implementation of the G20 Common Framework, we deeply regret that the G7 finance ministers’ meeting in May 2022 and the G7 leaders’ summit in June 2022 were not used for serious and inclusive discussions about how to improve debt restructuring processes including the Common Framework. While the G7 finance ministers’ communiqué from 19 May 2022 recognizes the urgency to improve multilateral frameworks for debt restructuring, we see with concern that no concrete measures in the power of the G7 have been taken, while appeals to private sector involvement in debt restructurings have just been repeated without any reform initiative”.

Zambia joins a growing list of African countries that have formally requested for IMF programmes. Among the three African countries (Zambia, Ethiopia, Chad) that have applied for the Common Framework, Zambia becomes the first country to get debt relief. The approval of an Extended Credit Facility – US$1.3 billion by the International Monetary Fund to Zambia received mixed reactions from different stakeholders, nationally, regionally, and globally. Zambian policy makers believes that with the help of this loan there will be significant achievements to be expected.  Zambia will be able to restructure its unsustainable debt, regain macroeconomic stability, and ensure the debt’s sustainability.

Additionally, an IMF program will boost the economy’s overall confidence, which will increase budget support, investor confidence, and Zambia’s credit rating.  African citizens are scared of austerity and inequality that accompany IMF programmes.

The current debt relief, restructuring, and reprofiling (= a heavily indebted country can ask (or tell) creditors to give it more time to repay) initiatives do not go far enough to address the structural and systemic issues of the global debt architecture. The initiatives remain inadequate to address both the immediate fiscal needs of developing countries both low and middle income; and the long-term structural reform of the global debt architecture given the evolution of the creditor landscape and the proliferation of debt instruments. The current initiatives are further undermined by the lack of full participation of all creditors, that is, International Financial Institutions and Commercial and Private Creditors.

There is great support in the global south to the United Nations Conference on Trade and Development’s proposal for an International Developing Country Debt Authority that would oversee comprehensive temporary standstills and address financial leakages like illicit financial flows. For any global approach to a just transition it requires fiscal space and debt restructuring for most developing countries. Debt transparency, good governance and creditor debtor collaborations remains key to any solutions to the debt crisis. 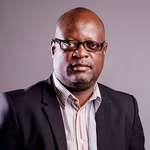 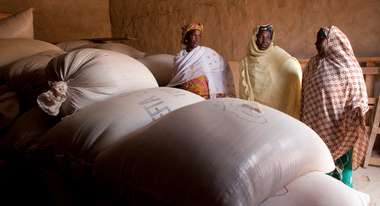 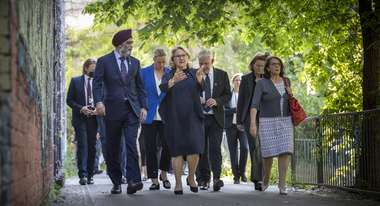 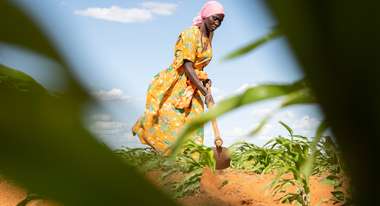